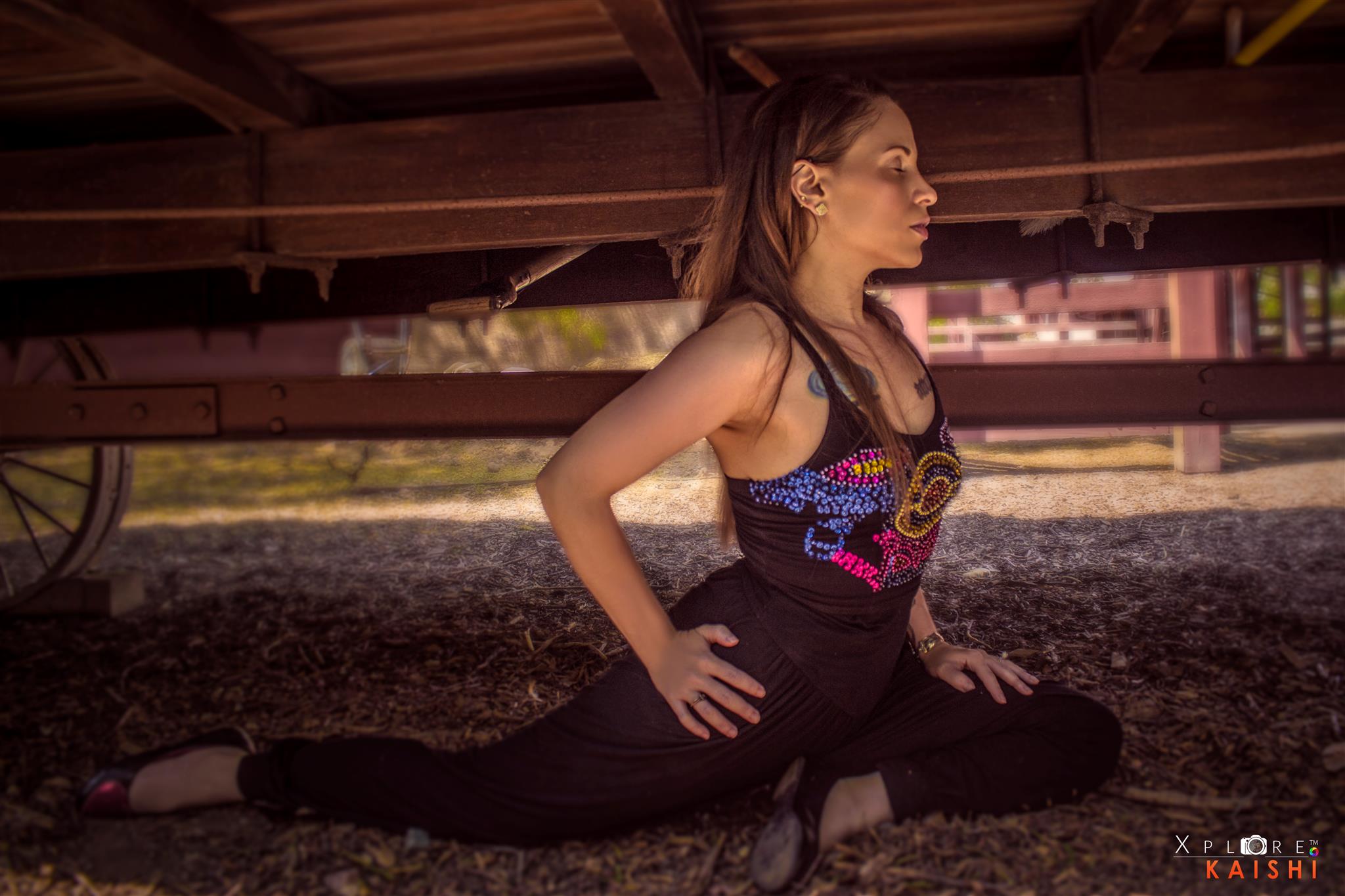 I’m Lauren, and I created Mind Mantra Yoga to help people in the position I found myself in over 10 years ago: mentally & physically ill, lacking a sense of purpose or motivation, and profoundly unhappy with myself and my life.

Mind Mantra Yoga is an exercise in body, mind, and soul that challenges the status-quo in existing holistic and yoga-based therapies through the use of scientific and spiritual education. What makes MMY so unique is its focus on the latest breakthroughs in science and medicine in relation to our understanding of the factors that affect physical and mental health, combined with using this knowledge alongside ancient Yogic principles and spiritual teachings.

I’m a big believer in the significance of numbers, and the number three holds particular meaning to me, as it does throughout almost every culture and spiritual tradition over thousands of years. Mind Mantra Yoga is composed of three words that each represent a different component of the method I’ve developed for managing symptoms of physical & mental illness. Within each component, I have developed educational resources and practical tools that can be implemented immediately into one’s daily life to positively effect cognitive and behavioral changes with astonishing effectiveness.

A decade ago, I was diagnosed with over eight serious mental and physical health conditions. Over a period of 4 years, I was on over fifteen medications in varying dosages. I never felt like I had an accurate diagnosis, and had the persistent feeling that I was being overmedicated to control overlapping symptoms of what essentially stemmed from only two core issues: Trauma and the Loss of my Mind-Body connection.

The more I write and create resources for this site, the more details I’ll share about my personal journey and the specific diagnoses I have overcome through the techniques I have learned, used, and built on for the Mind Mantra Yoga Method. For now, let me give a brief description of each of the three main components under which all of the topics and material I present here will fall loosely within.

Many of us have been groomed our entire lives to think of our minds mainly as the source of our intelligence – it’s the muscle that smart people exercise the most. When someone is described as having a powerful mind, the most common interpretation is that they have amassed a wealth of knowledge or are exceptionally fast computational thinkers.

The ability to learn, retain, and apply complex ideas is certainly a wonderful and critical function of the brain, but it is only a small part of what is encompassed by your MIND. Your mind is much more than your brain, it is your consciousness, and your consciousness holds incredible physical and non-physical properties that neuroscientists, quantum physicists, biologists, and medical professionals are only just beginning to devote serious scientific research into understanding.

Blog posts, articles, and resources that I will be writing about and providing under the MIND component of Mind Mantra Yoga will include but not be limited to: Neuroscience & Neuroplasticity, Local & Non-Local Consciousness, Psychiatry & Psychiatry, Physics, Quantum Physics, and Quantum Biology, Metaphysics, and Philosophy.

In religious and spiritual terms, a Mantra has typically been used to describe a set of words, prayers, or sounds that are repeatedly spoken aloud or said silently with the intent of aiding one’s focus and intensity of communication with a higher power. Today, I often hear it used by entrepreneurs in describing habits or sayings they live by.

It doesn’t really matter how each person conceptualizes a Mantra, what matters is the reason that they work: the words you say out loud and in your head have a real, tangible effect on the functions of your mind and body. Most people have heard of the “self-fulfilling prophecy” – but it is much more than a simple “bad attitude.” Words and thoughts have energies and vibrational frequencies just like everything else, and repeatedly exposing oneself to low-vibrational energy (the kind created with depressive and anxious self-talk) actually trains your neural pathways to function differently and less effectively.

If it is easier to think of a Mantra as a “positive affirmation,” that’s okay too. The key is that the Mantra component of applying the Mind Mantra Yoga Method includes learning how to actively counter negative thoughts before they spiral out of control, and how to replace them with positive thoughts – even when you don’t necessarily believe them yet. It’s an incredible thing, but our cells respond on a quantum level to input in a way that our conscious minds cannot immediately appreciate.

This component may seem rather self-explanatory, however Yoga is so misunderstood in America that it must be reimagined entirely for the purposes of Mind Mantra Yoga. Over the last 7 years I’ve spent working with individuals ranging from disabled Veterans to victims of abuse to people recovering from eating disorders to those with chronic or terminal illnesses, I have heard just about every misconception and stereotype about Yoga that keep people away from it. Some of them I once subscribed to myself.

“I’m not flexible,” “I’m too old,” “I’m not in shape,” “I have injuries/disabilities” “It’s for beautiful thin people,” “I can’t afford classes or equipment,” “There is no studio near me,” “It’s just glorified stretching,” “I don’t believe in that stuff,” … I can go on and on, but you get the idea.

Yoga is not intended for toning like Pilates, it’s not meant to be a calorie-burning exercise like Spin Class, you don’t need to be physically fit or even able-bodied to practice Yoga, it’s definitely not supposed to cost money, and you don’t need any specialized equipment or studio space for it.

And there you have it: the foundational components of Mind Mantra Yoga that have formed both the personalized coaching method that I teach, as well as the free content & resources I’ve been creating over the last few years that I’ll be adding to this site regularly – as fast as I can.

About the Author
Lauren Davidson-Ibarra is the creator of Mind Mantra Yoga, a 501(c)(3) Nonprofit Organization promoting education and empowerment for survivors of trauma, addiction, and mental illness. She has been in recovery from PTSD, bipolar disorder, and an eating disorder for over 10 years, during which time she has done pro-bono and charity work with at-risk populations for trauma-related mental illness such as disabled Veterans, the homeless, and LGBTQ youth. Lauren earned her Bachelor’s degree from the University of Florida and her J.D. from New York Law School, where she specialized in Mental Disability Law. She is a licensed attorney in the State of California, and a Managing Partner at Astral Law Group, P.C. You can e-mail her at mindmantrayoga@gmail.com.